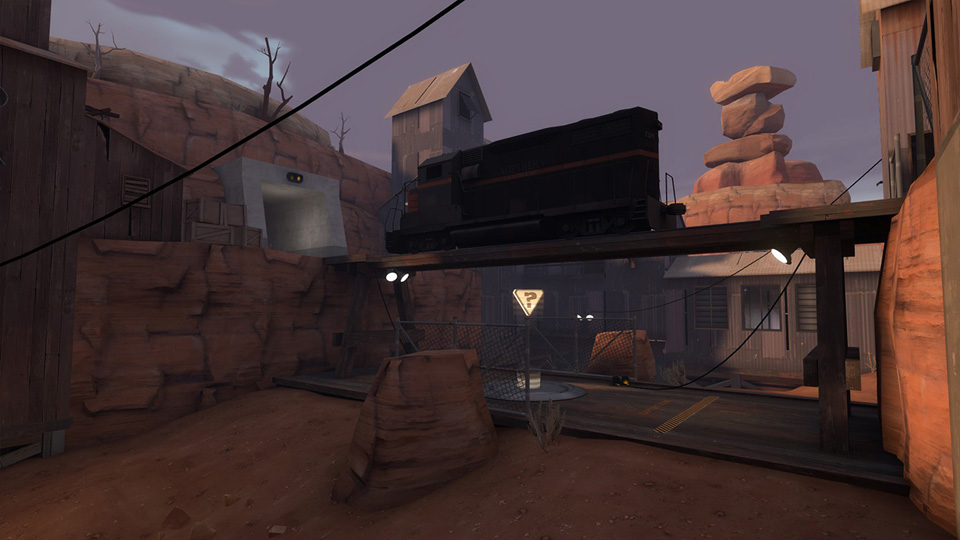 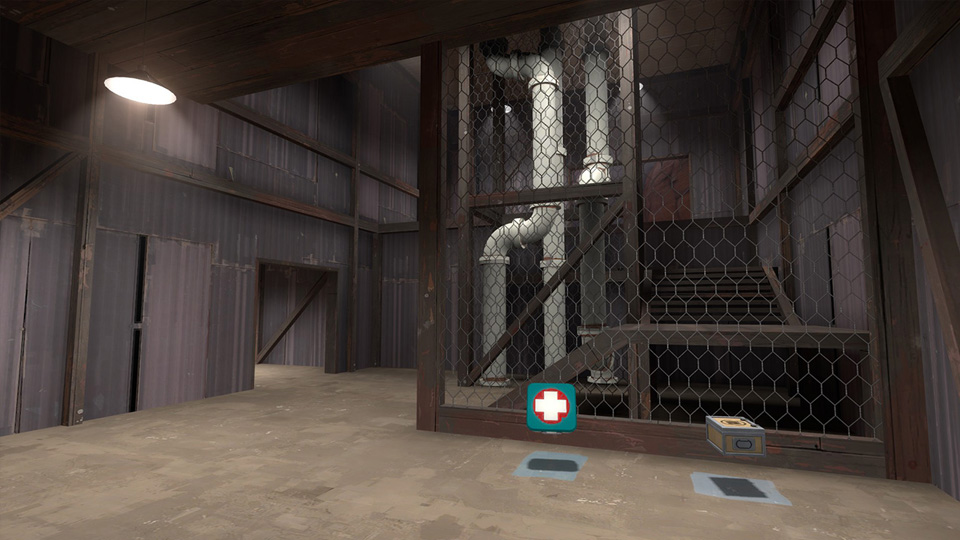 This area allows for quick escapes from enemies outside the building. 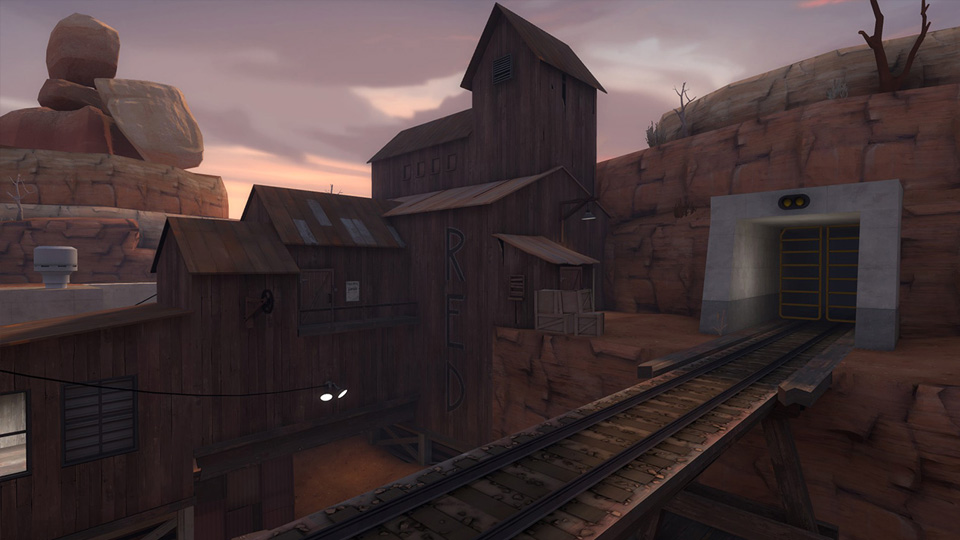 Railbridge is a King of the Hill map for Team Fortress 2. It placed second in the TF2Maps.net Highlander King of the Hill Contest. The brief was to create a level that suited competitive play in the 9v9 (one of each class) format.

It has since been played approximately 700 times across its versions, with a reach of around 1000 individual players.

When the contest was created, the game had a large competitive drive to increase online viewership of games, facing competition from Counter-Strike, League of Legends and Starcraft II.

I designed the map with the intent on being entertaining to watch. A hallmark of humour in Team Fortress 2 is the dynamic trains on levels such as Well, which sporadically make their way through the world, instantly killing players who cross its path.

The addition of the train allows to equalise the power that players gain from using the bridge as high ground, focusing fights towards either side of the bridge instead. A precariously placed health pack on one end gives the teams an incentive to hold the less-protected side of the level, whilst increasing the probability of train deaths.

However, the spawn area and the corridors leading to the Battlements would benefit from a redesign, with the low ceiling catching out players who normally use explosives to speed up their rollouts to the first fight.